As you know from reading previous blogs, over the last few weeks we have been working on the streets with Freddy. This experience has been the most heartbreaking but also the most enjoyable, Its been so heart warming to visit these kids and show  them love and attention, Although I have loved this experience It has saddened me deeply, especially to see such a contrast in living. On one side you have children and young people living under bridges, then on literally the same road there’s people living in big, comfortable homes and driving expensive cars like Audi Q7s. It just seems so wrong!

During my time here we have consistently visited a particular group of young people living on the streets called groupo de America – America is the name of an avenue close to where they live under the bridges. There is at least 20 young people in this group, mostly boys and the majority of them are under 25 years old. Some weeks we have visited them and they have been quite high in spirits, which has been great to see. Then other times they have been really low, which has been really difficult and very sad to see. They are all either addicted to sniffing glue (like the picture below) or alcohol if not both.

One day a few weeks ago we went to see them and the previous night it had rained quite badly, this obviously caused the young people to have a tough night and when we arrived this was very apparent in their moods. I could tell many of them had a heavy night on the glue and very little sleep. The rain had caused them to move from their usual place, so as we arrived there in the morning to find none of them we’re around. We stood for a moment and took the pictures you see on this post; this is the exact bridge they usually stay,at that moment I heard shuffling coming from the bridge. At first I couldn’t work out where it was coming from, then some feet appeared out of this hole….

One of the boys had slept in there all night because of the rain, I was stood in shock for an moment trying to comprehend how someone could be so desperate to keep out of the rain that they would sleep in such discomfort.  As you can probably see from the pictures; the living conditions these young people have to cope with are dreadful; beyond anything we see in the UK, so for me to see them in an even worse situation than usual was very upsetting. This is an image of homelessness in Bolivia I will probably never forget.

The day to day living for these young people is so tough, I know I’ve mentioned this before in the previous blog; living under bridges. But I just felt I had to write another and share with you a tiny bit more of these young peoples lives, and no doubt I will write more about these wonderful young people before I come home.

Please keep these young men and women in your prayers, I believe God has the power to bring them out of the dark situations their in and restore them. 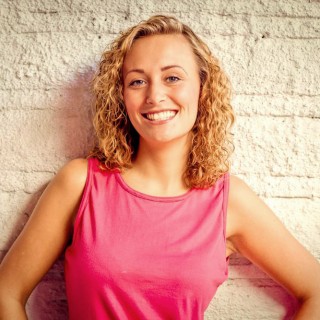 Hello I'm Lauren Batty a charity volunteer from the UK. Welcome to my online journal of my time in Cochabamba, Bolivia and Medina, Brazil.

Keep Up To Date